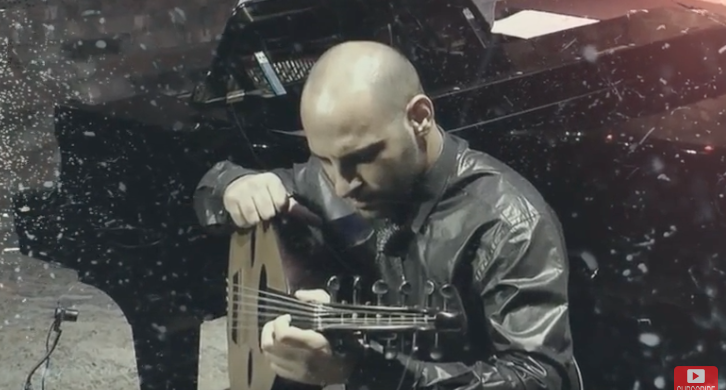 “Whether my passion for music came prior to seeing it as animating life’s beauty or the other way around I’m not totally sure. People often stumble upon barriers to entering a space that allows them to create music through the genius of professional musicians. To try to fix The Musician Marketplace An American company designed to create job opportunities for freelance musical artists to work remotely, and for buyers of music to afford professionally produced music at prices that cut the marketplace rates, the multimillion dollar company visited by 40 Million visitors from over 170 countries. My first business School of Oud Online continued to grow with students From over 27 countries around the world, bringing classical Oud instruction to students globally. Together, we tell the story of this ancient yet innovative instrument and paint with it a portrait of the future.”’

Take a look around my website and enjoy the products. - Ramy Adly

Ramy Adly is an American/Egyptian entrepreneur, Harvard Business School graduate, Father, husband and CEO of "The Musician Marketplace," a multimillion dollar company located in Salt Lake City Utah, USA specialized in hiring pro musicians. Ramy Adly is the founder of the largest School of teaching the Oud instrument in the world, the young master of the Oud instrument is a music composer for several songs for Netflix, inc. The Oud is versatile Guitar- like instrument that shaped Arab classical music. Grounded in the main Middle Eastern, ancient Egypt and the Arab classical styles thanks to rigorous training in his native Egypt, Adly has branched out repeatedly, incorporating jazz idioms and embracing conversations with other large musicians around the world.

Adly is the CEO of the multimillion dollar American company "The Musician Marketplace" and as a performer he has performed around the Middle East, Europe, and North America. He has composed music for theater and film, and gathered a large number of students around the world, via an innovative online curriculum he created, called School of Oud Online. His sensitive, robust playing has been heard from the Library at Alexandria to American cathedrals and schools. Now based in Washington, DC, Adly continues to expand the possibilities of his instrument. “I want to bring the oud to the same level as the guitar culturally, the instrument that’s everywhere and can do everything,” he exclaims.

For Adly, the oud has always been like a member of the family. Nearly everyone in his family played the oud when he was growing up in Cairo, including uncles, siblings, and his beloved grandfather, who gave him his first introduction to the complex, evocative instrument. “I grew up listening to the oud,” he recalls.

Listening is one thing, and mastering the instrument another. Adly plunged into his study of this age-old instrument at the Arab Oud House, with Iraqi oud virtuoso Naseer Shamma. Adly found himself practicing for a dozen hours a day, and loving it. "It was a lot like the system Paganini established for his students," Adly explains. “You have to go through the fire to be trained as a performer and composer. I graduated as both composer and soloist.”

Under Shamma’s direction, Adly played at major Cairo venues as part of small chamber groups and large orchestral ensembles. He performed at international oud conferences, book conventions, film festivals, and, notably, at the Library in Alexandria, where he became an Artist in Residence and gave numerous talks on the history of music (including one as part of a TEDx event at the Library).

The diverse venues and audiences speak to Adly’s ability to welcome listeners into his instrument’s complex world and reveal fresh sides of ancient music. His foundation: the varied musical approaches to the oud that sprang from different regions in the Middle East. “To really know the oud, you need to know its different styles. The Egyptian style is much slower, more dedicated to improvisation, to freer rhythms and more contemplative feelings,” Adly notes. “There specific maqams and microtones that are only used in Egypt. The Iraqi style is more dynamic, faster paced. There’s a lot more showmanship. It has a completely different feeling to it.”

Adly has full command of both, a broad vocabulary that has aided him in his exploration of the oud’s many facets. Adly has built a reputation as a skillful composer who can merge Arab and Western sensibilities seamlessly. He composed part of the score for David Cunningham’s upcoming feature film, Day of War. He created commissioned works for a Cairo production of a Llorca play, “Blood Wedding,” supported by the Spanish Embassy, and for a Florida congregation, collaborating with a large choir and pipe organist.

Whether arranging jazz pieces for an oud lead, or writing original music with global influences--a project he debuted at DC’s Kennedy Center, Adly remains devoted to his instrument and the music it makes. “Music is my destiny,” muses Adly. “it’s something that brings me my dreams.”